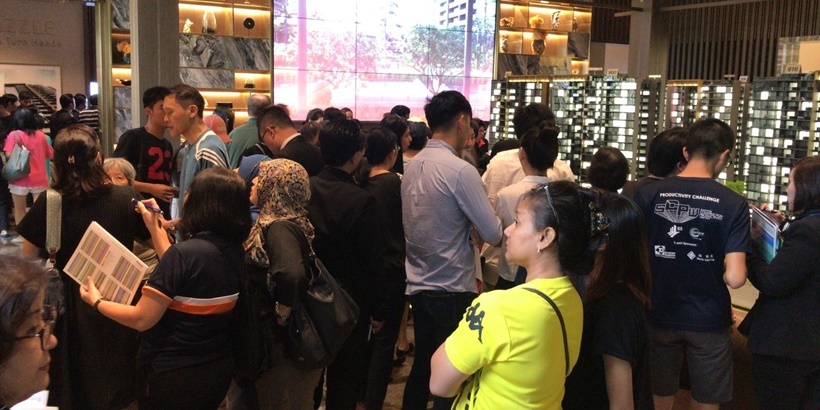 New private home sales fell by almost 50 percent to 602 units in December from 1,201 units in November, on the back of the year-end lull and a dearth of new launches, reported the Business Times.

On a yearly basis, new private home sales surged by 40 percent from the 431 units sold in December 2017.

Including executive condominiums (ECs), developers sold 605 units, down by almost 50 percent from the 1,205 units moved in November, but 14 percent higher from the previous year’s 531 units.

“Despite no new launch in December, sales momentum of earlier launched projects continued even after their initial launch. This largely showed that developers have gotten their product mix and pricing spot on,” said Hutton Asia’s research head Lee Sze Teck.

Parc Esta and Whistler Grand along with Riverfront Residences, Stirling Residences and Parc Colonial emerged as the top five projects in December.

Other projects that registered double-digit sales include Affinity at Serangoon, The Tapestry, Parc Botannia and Belgravia Green.

Christine Sun, head of research and consultancy at OrangeTee & Tie, noted that the ongoing sales momentum at several new projects “may indicate that the property market could be reaching equilibrium soon as prices are stabilising and more buyers are streaming back”.

“We anticipate that the current buying momentum will continue and the supply-led demand may see developers’ home sales reaching 10,000 to 11,000 units for 2019. Many projects are expected to be launched after Chinese New Year, including The Florence Residences and Treasure @ Tampines.”

“Residential developers’ sales volume in 2019 could continue to moderate to between 7,500 and 9,000 for the whole year as there is still cautious optimism and healthy underlying demand in the market,” he said.

Looking to purchase a new home? Read our in-depth project reviews of all new launches or check out our buying or rental guides.

Romesh Navaratnarajah, Senior Editor at PropertyGuru, edited this story. To contact him about this or other stories, email romesh@propertyguru.com.sg